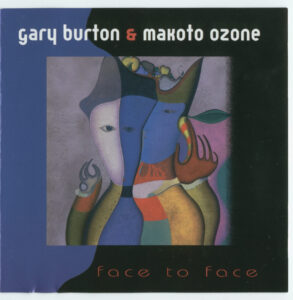 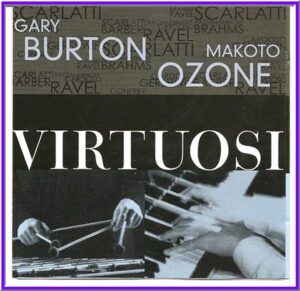 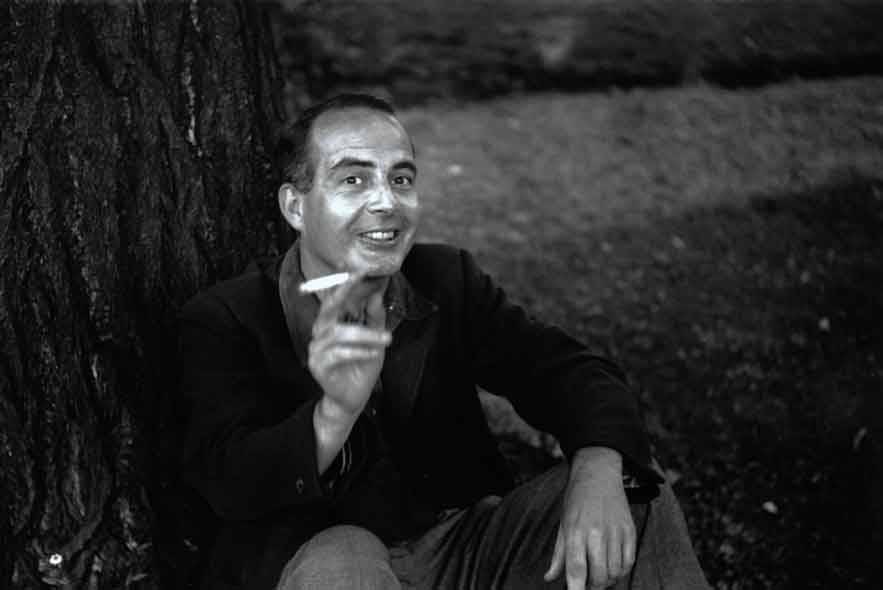 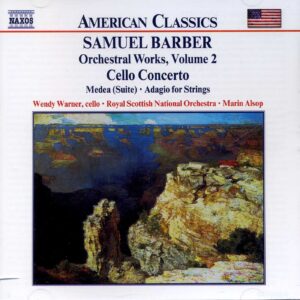 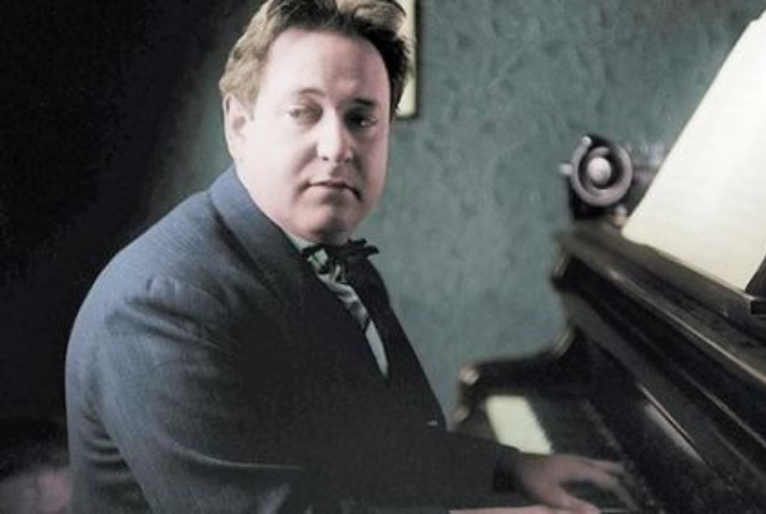 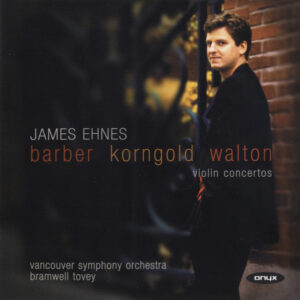 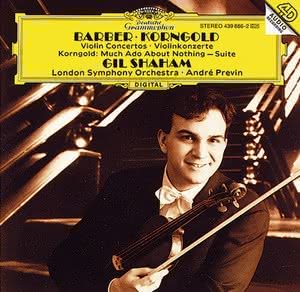 Much Ado About Nothing – Incidental Music 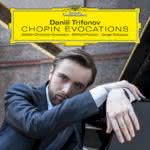 “In the context of these diverse works composed or inspired by Chopin, a new light is cast on his two piano concertos, written in close succession when he was turning 20. The F minor “Second” Concerto was in fact composed and premiered first, although it was published after the E minor “First” Concerto. Yet irrespective of sequence, the two works can be understood together as a singular experiment in a genre to which Chopin never returned. They reflect the young composer’s creative consciousness paying homage to his musical predecessors while searching for new expressive means. As Trifonov explains: “The concertos are more massive in terms of length and instrumentation than anything else Chopin ever wrote. He knew and admired the piano concertos of Mozart and Beethoven, yet his interest in the form was not in the Classical balance between soloist and orchestra, but in the concerto as a lyrical epic form, like a Delacroix painting, providing a huge tableau for his musical expression.”
The experiment was only partly successful. While the E minor Concerto is more bravura and the F minor more introversion, they are both full of candid sentiment, drama and pianistic innovation, their central movements evoking bel canto melodies of heartbreaking intimacy. But the proportions are challenging. Chopin eschews the Classical convention of discrete cadenzas, instead subsuming all elements of thematic variation and technical development in a continuous soloistic narrative. His typically delicate, improvisational style and compact elegance can get lost in the sprawling dimensions of the works, the authenticity of whose orchestrations have always been a matter of debate. In both concertos, the piano plays almost uninterruptedly from the solo introduction in the first movement exposition through to the final bars. Yet, as the soloist winds and twists and explores melodic nuances, the original orchestral accompaniment provides punctuation and amplitude but little affinity with this flow of ideas. It was the desire to restore these two works to more chamberlike proportions commensurate with the detail of the solo material and to allow for more faithful interaction between soloist and orchestra that motivated Mikhail Pletnev to create new orchestrations for the two Chopin concertos. The piano parts are unaltered, but Pletnev’s streamlined instrumentation, in Trifonov’s words, “liberates the soloist. The new orchestral transparency allows the pianist greater spontaneity and sensitive engagement with the other voices.” Himself a brilliant pianist-composer, Pletnev’s intimate knowledge of the scores as both performer and orchestrator make him an ideal partner in Trifonov’s Chopinist evocations. The Mahler Chamber Orchestra, a dynamic ensemble of soloists steeped in the responsiveness demanded by opera and chamber music, realizes Pletnev’s refreshed balances of voice and colour. Pletnev’s contribution to the musical constellation is not only material, but also spiritual. As Trifonov explains: “My mentor and teacher, Sergei Babayan, studied with Mikhail Pletnev in Moscow in the 1980s. That makes him a little bit like my musical forefather.” The family portrait is completed on this album by a rendition of Chopin’s rarely heard and devilishly difficult Rondo op. posth. 73, performed by Trifonov and Babayan together. This autobiographical element closes the circle of thematic motives in Trifonov’s project revolving around Chopin. “Chopin is one of the world’s most beloved composers – the poetry of his music goes straight to the heart and requires no justification”, Trifonov contends. “But in a sense, the genius of Chopin becomes even more clear in the context of those who influenced him and those who have been inspired by him.” The programme affords an opportunity to hear his familiar music afresh, transfigured within a tapestry of historical, musicological, personal and expressive “evocations”, as well as a glimpse of the young man to whose “genius, steady striving, and imagination” Schumann bowed his head.” 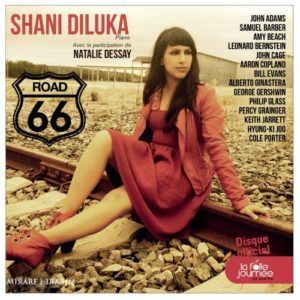 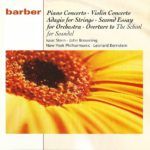 07. Adagio for strings (or string quartet; arr. from 2nd mvt. of String Quartet) 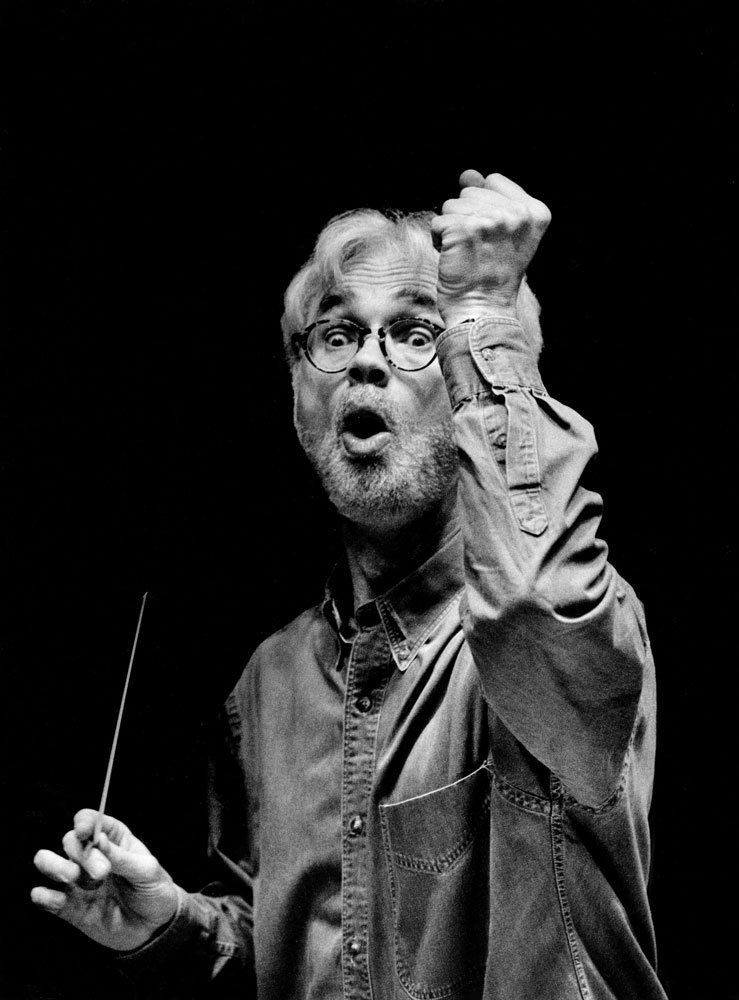 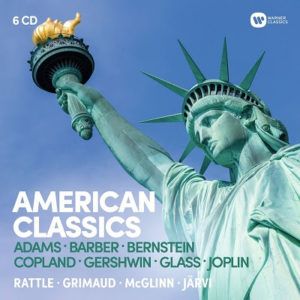 07 – Keith Jarrett – Tokyo Encore – Nothing But A Dream 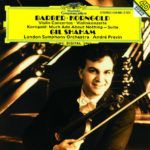 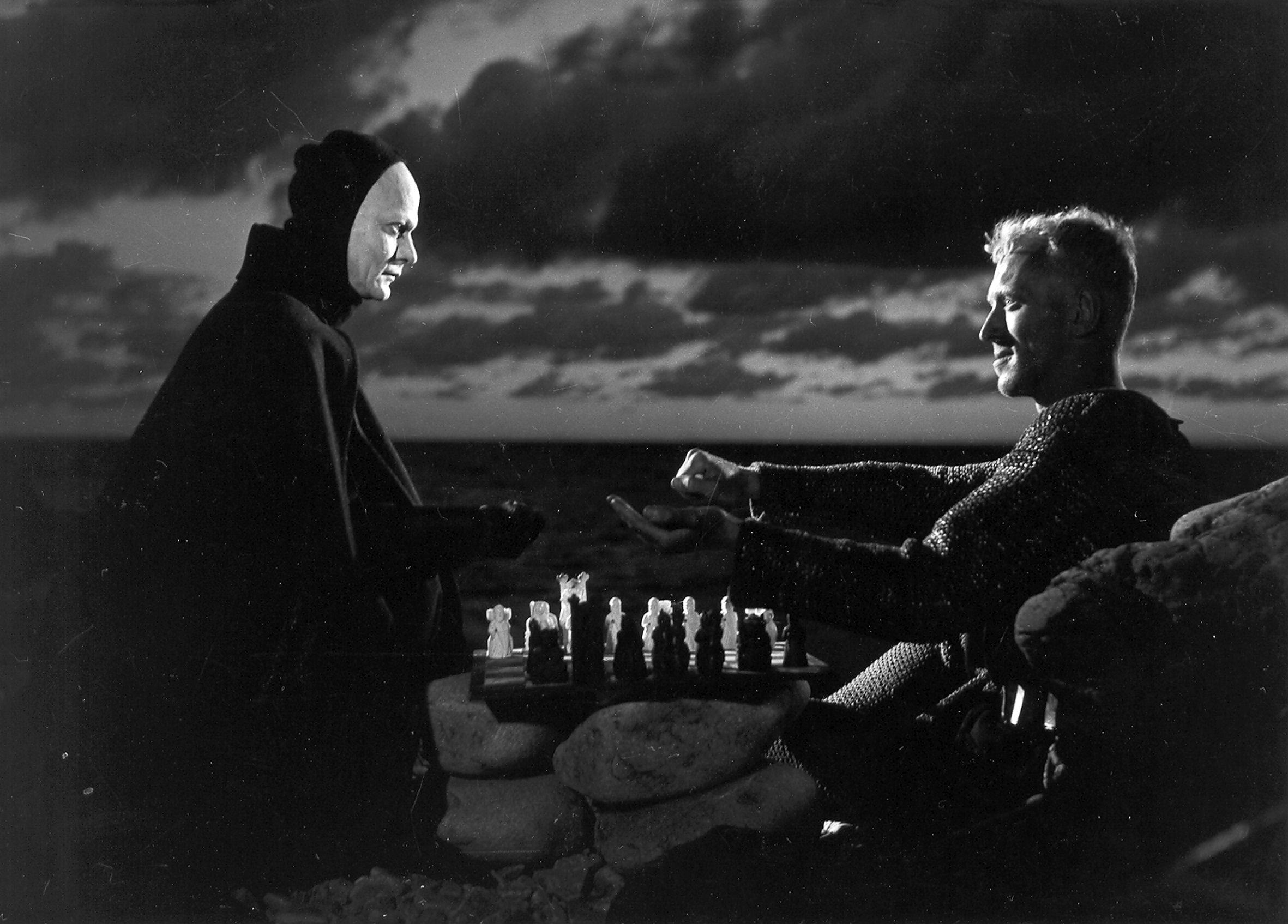 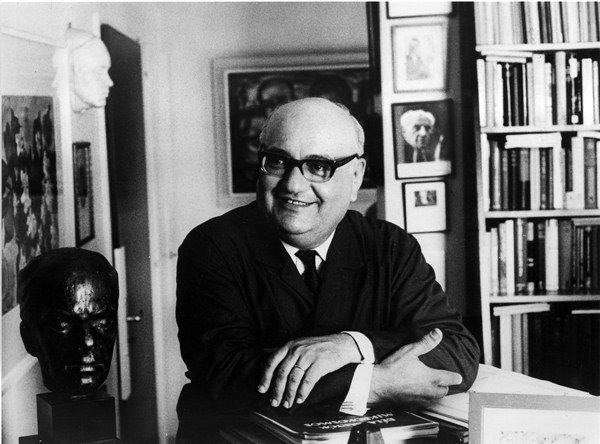 Andor Foldes: Wizard of the Keyboard 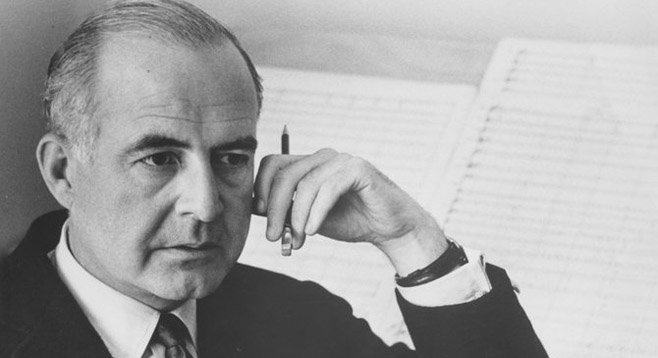 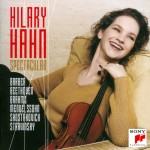 Academy of Saint-Martin in the Fields
Neville Marrimer – Conductor 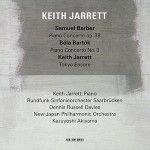 07 – Keith Jarrett – Tokyo Encore – Nothing But A Dream

At the age of 16 Schuman wrote his first piece, a tango, and widened his practical experience by taking up various instruments and organizing and performing in jazz bands. He wrote many popular songs to lyrics by Edward B. Marks and Frank Loesser, including the latter’s first published song, In Love with a Memory of You. After hearing Toscanini conduct the New York PO on 4 April 1930 Schuman abruptly left the School of Commerce of New York University, where he had been studying for two years, and began private harmony lessons with Max Persin and, in 1931, counterpoint lessons with Charles Haubiel in New York.

While Schuman continued to write popular music until 1934, his study and composing veered increasingly towards concert music. He took summer courses with Bernard Wagenaar and Adolf Schmid at the Juilliard School (1932, 1933), spent a summer in the conducting programme at the Salzburg Mozarteum (1935), and in 1933 enrolled in Columbia University Teachers College (BS 1935, MA 1937). During 1932–5 Schuman had begun composing seriously, and after hearing Roy Harris’s Symphony 1933 he studied with Harris at Juilliard (summer 1936) and then privately (until 1938); Harris remained for some years an important influence on Schuman’s orchestral music.

In 1938 Schuman won an American composition contest (in support of Republican Spain) with his Second Symphony. On the jury was Aaron Copland, who brought the work to the attention of Koussevitzky. Koussevitzky became a champion of Schuman’s compositions, conducting the Second Symphony with the Boston SO in 1939, and first performances of the American Festival Overture (1939), the Symphony no.3 (1941, awarded the first New York Music Critics’ Circle Award), A Free Song (1943, awarded the first Pulitzer Prize in music), and the Symphony for Strings (1943). The public and critical success of the Symphony no.3 established Schuman as a leading American composer and since that time his music has been widely performed. He remains among the most honoured figures in American music, having received 28 honorary degrees, 2 consecutive Guggenheim fellowships (1939–41), membership in the National Institute of Arts and Letters (1946) and later the American Academy of Arts and Letters (1973), the first Brandeis University Creative Arts Award in music (1957), the Horblit Award from the Boston SO and Harvard University (1980), the gold medal from the American Academy and Institute of Arts and Letters (1982) and a second, special Pulitzer prize (1985). Credendum (1955) was the first composition to be commissioned by the US government. In 1981 Columbia University established the William Schuman Award, a $50,000 prize to a composer for lifetime achievement; Schuman himself was the first recipient.

Schuman’s work as a teacher and administrator has had wide and lasting influence. At Sarah Lawrence College, where he taught from 1935 to 1945, he initiated an approach to general arts instruction aiming at students’ self-discovery of the nature of the creative process; he went on to evolve a similar approach to the teaching of other subjects, including composition. Schuman also conducted the chorus at Sarah Lawrence (1939–45), commissioning and composing works for women’s voices. In 1945, after leaving Sarah Lawrence for a three-year term as director of publications at G. Schirmer, Schuman was invited to become president of the Juilliard School. He left the Schirmer position (though he remained as a special editorial consultant until 1952), and began an extensive reorganization of the School: he merged the Institute of Musical Art with the Juilliard Graduate School to form the Juilliard School of Music, founded the Juilliard String Quartet (which became the model for many quartets-in-residence at American colleges), revived the opera theatre, added a dance division, and, most importantly, instituted the ‘Literature and Materials of Music’ curricular programme, which fused theory and history into a single coherent four-year course with the music itself as the basis for study. An exposition of his approach to music education appeared as The Juilliard Report (1953). Schuman also invited a number of distinguished composers to join the faculty, among them Bergsma, R.F. Goldman, Peter Mennin, Norman Lloyd, Vincent Persichetti, Robert Starer, Robert Ward and Hugo Weisgall.

In 1962 Schuman was made president of the Lincoln Center for the Performing Arts, a position which gave him considerable influence in the administration of the arts and one which he exercised in a characteristically imaginative and forceful manner. He encouraged the commissioning and performing of American works, and the importance he placed on the centre’s service to urban communities led to the Lincoln Center Student Program, which instituted concerts in schools and opened the centre’s halls for young people’s concerts. He founded the Chamber Music Society of Lincoln Center, the Film Society and a summer series of special musical events. He fought a long and successful battle to have the Juilliard School housed in Lincoln Center and to add a drama division to its offerings. At the end of 1969 Schuman left his post at Lincoln Center to devote himself to composition, but he has continued to champion the cause of the arts as a public speaker and as an adviser to numerous organizations, including the Koussevitzky Foundation, the Naumburg Foundation and the Charles Ives Society. He was chairman of the MacDowell Colony (1974–7, 1980–83) and became honorary chairman in 1984; he was the founding chairman of the Norlin Foundation (1975–85). He received the Gold Baton Award of the American Symphony Orchestra League (1985), the National Medal of Arts (1987) and the Kennedy Center Honors (1989). Schuman continued to compose despite a painful inherited bone disease. He maintained his legendary personal charm and gifts as a public speaker to the end.