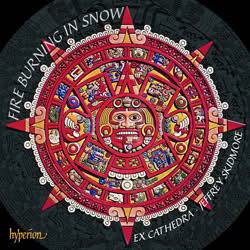 ‘Skidmore and his choir … have included the largest of Araujo’s liturgical pieces, an imposing Dixit Dominus in eight parts. The colourful, carefully paced sequence is interspersed with sections of an anonymous setting of the Quechua text Hanacpachap Cussicuinin, a Marian hymn that is regarded as the oldest printed piece of polyphony from the Americas. With beautifully varied instrumental support, Ex Cathedra turn it into a hauntingly beautiful processional’ (The Guardian)

‘Followers of Jeffrey Skidmore’s earlier excursions into the Latin American Baroque with his Ex-Cathedra group should need no prompting to buy volume three … Nothing stifles the infectious spark of these mostly secular effusions by the 17th-century Juan de Araujo, cathedral organist in Bolivia. Uplifting, and foot-tapping’ (The Times)

‘The performances throughout can hardly be faulted. A lovely and varied sonority is created by soloists emerging and returning from the 14-strong choir. The instrumental contribution is equally distinguished, from sensitive continuo of sustained organ and more rhythmically engaging plucked strings, to a positive kaleidoscope of wind and brass in the larger numbers’ (BBC Music Magazine)

‘… Captures the essence of music informed by the assured grandeur of 16th-century Spanish music, tinged with the colour of native ‘Indian’ culture and often marked by vibrant echoes of the regions’ African slave communities … An unmissable release’ (Classic FM Magazine)

‘A hugely appealing, atmospheric disc … The reason we should bother with such an obscure composer is clear from the first note – the vivid contrasts and thrilling rhetoric found in Gabrieli and Monteverdi are developed and combined with a magical, dramatic, dark-hued Iberian sensibility’ (Sunday Times)

‘Araujo is rightly considered to be perhaps the finest composer of his age working in Latin America … This is a captivating, colourful recording which may breathe the stiller London air but audibly relishes the genius of the too-long-neglected Juan de Araujo’ (International Record Review)

‘Araujo’s fusion of European-style vocal techniques with foot-tapping Latino rhythms is a revelation. Bouquets to Hyperion for opening our ears to these riches, and to the Birmingham-based Ex Cathedra vocal and instrumental ensemble, under scholar-director Jeffrey Skidmore, for such engaging performances’ (Financial Times)

‘It’s superbly performed … The most impressive element is the precision, blend and sonority of his singers in a splendid setting of Dixit Dominus. The evocation of a bullfight in Salga el torillo hosquillo (in which the Matador is compared to the Virgin Mary) is thrilling in its energy and drama, and the contemplative serenity of Silencio is breathakingly beautiful … This is a terrific disc’ (Gramophone)

‘Jeffrey Skidmore not only has this repertoire thoroughly under his skin, but equally the ability to inspire his splendid forces to communicate his enthusiasm for it with colourful immediacy’ (Goldberg)

‘The performances are glorious. Soloists and choir sing lustily but stylishly, and the instrumental backing is aptly contrived. Even more than in past volumes, I found this release just plain enchanting. Fine notes, full texts and translations. In all, one of those releases that is truly perfect! What an absolute treasure Hyperion has in Skidmore and his confederates!’ (American Record Guide)

‘The rediscovery of Latin American baroque music was a success story waiting to happen: it combines the dramatic contrasts of texture and the expressive word-setting of the European baroque with the rhythmic energy of New World folk music and the dances of West African slaves … The choral textures are thrilling’ (Oxford Today)

‘This is a splendid disc and a very worthy successor to the preceding volumes. The standard of performance is unfailingly excellent. Ensemble work, both vocal and instrumental, is tight and the many vocal solos are all taken extremely well. The performances display flair and finesse on the part of all concerned Jeffrey Skidmore’s direction is perceptive, lively and, above all, persuasive. It’s quite astonishing to think of this music being composed and performed in a remote colonial outpost in seventeenth century Latin America and the survival of the music and its revival today is something for which we should be grateful. Juan de Araujo was a fine composer and he has been exceptionally well served here by Jeffrey Skidmore and Ex Cathedra. This is a CD that commands attention’ (MusicWeb.com)

‘High art meets the reality of the New World, resulting in a new music that modern performers and audiences are just beginning to appreciate … This is exactly what the classical music ‘industry’ should be about’ (PositiveFeedback.com, USA)

‘Jeffrey Skidmore continues his exploration of Latin American Baroque music with an imaginatively programmed disc largely devoted to the music of the Spanish-born Juan de Araujo (1648–1712), who spent the final 30 years of his life as organist at the cathedral of La Planta (now Sucre, Bolivia). Judging by what’s here recorded, Araujo was equally at home in sacred and secular pieces: the Dixit Dominus for three choirs is particularly attractive, and his secular music has an irresistible foot-tapping quality. We remain indebted to Skidmore and the fine vocal and instrumental forces of his Ex Cathedra ensembles for resurrecting this material. An important release’ (Choir & Organ Magazine)

‘Araujo’s music is very different: sophisticated and marvellously expressive, and Ex Cathedra makes the most of it. The poetry too is worthy of attention: very enjoyable’ (Early Music Review)

‘Jeffrey Skidmore and Ex Cathedra of Birmingham have made a hit recently, with their recording of South American music … Another hit which you can’t keep out of your mind, released by Hyperion’ (Daily Mail) 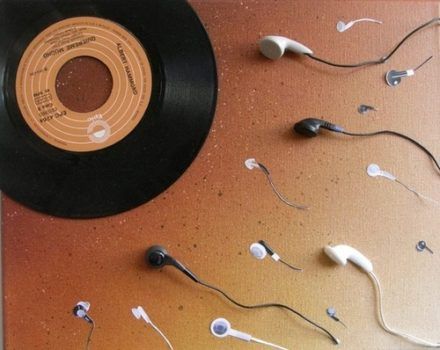 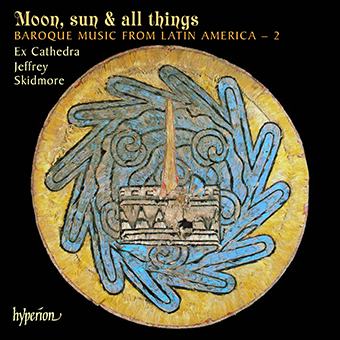 ‘bursting with fun and uplifting music. The liturgical items shine with melodic beauty and joy’ (The Times)

‘… ending in a frenzy of whoops and shrieks – Ex Cathedra more exhilaratingly uninhibited than I’ve heard them before. After such abandoned exuberance, Vesoers ends with an endearingly unaffected recessional hymn. Instruments and voices are reduced, one by one, until nothing remains but hummed voices lingering in the air – and the memory of a most impressive disc’ (BBC Music Magazine)

‘Ex Cathedra enter into the festive spirit with the infectious enthusiasm for this newly discovered treasure-trove that also pervades their crisp, stylish performances of the more sober pieces’ (Daily Telegraph)

‘Skidmore and Ex Cathedra fill this album with some of the most alive, infectious and uplifting Baroque polyphony I’ve ever heard … A very special release’ (Classic FM Magazine)

‘A fascinating re-creation’ (The Guardian)

‘Here is a truly wonderful disc, by reason of the splendours of the works chosen and the superbly controlled enthusiasm and skill of the performers … an absolute winner’ (International Record Review)

‘In an engagingly personal note, Jeffrey Skidmore tells of his exploratory journeys to Latin America, where he uncovered vast amounts of a treasure store of repertoire that is evident not only from his words, but also the performances he inspires from Ex Cathedra. To induce such idiomatically colourful singing and playing on October days in London is an achievement warranting unreserved plaudits. Viva! Viva, Jeffrey!’ (Fanfare, USA)

‘The musicians of Ex Cathedra under Jeffrey Skidmore add further lustre to their reputation with some ravishing vocal and instrumental performances which are by turns exuberantly sophisticated and intensely moving in their simplicity. A short review cannot hope to do justice to this wonderful CD. Buy it!’ (Cathedral Music) 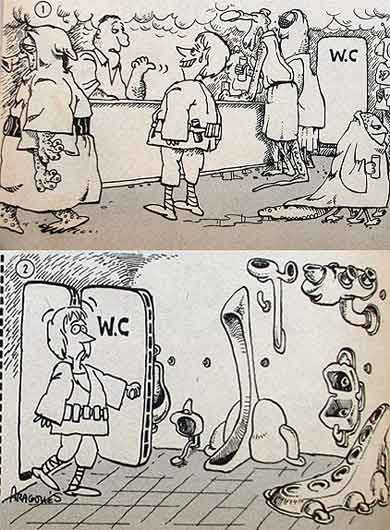 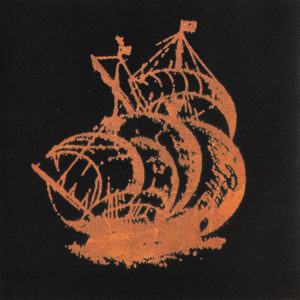 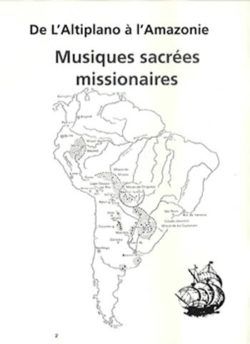 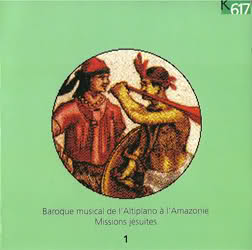 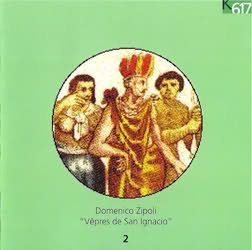 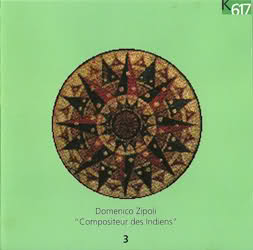 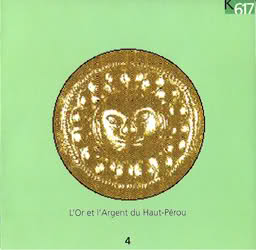 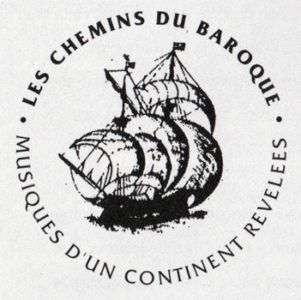