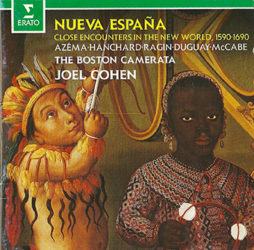 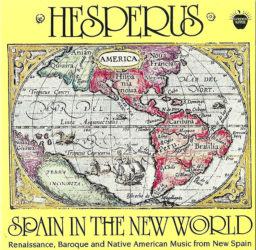 The story of music and culture in the Spanish American colonies is the story of an encounter between two worlds, the results of which exist today in the cultural fabric of the Americas. Spain conquered the indigenous societies of South and Central America both swiftly and fiercely. Columbus landed in 1492; the conquest took place throughout the second and third decades of the 16th century.

Early Franciscan missionaries turned their attention to the spiritual needs of their adopted home. The Flemish friar Pedro de Gante wrote King Philip II a lengthy letter urging the use of music as an indispensable tool in the process of conversion, since it was so important in native life. Juan de Zumarraga, the first bishop of Mexico, approved this willingness to adapt to local custom. The Indians were taught Spanish polyphony and plainsong as well as recorders, shawms, and trumpets, even as the missionaries learned native dialects and encouraged dancing and the use of vernacular in church rituals.

From all accounts, the Indians had an extraordinary aptitude for learning to play and sing the music of the Europeans, as well as a talent for composition and instrument construction. While music always had been an integral part of Native American religious, social and political ceremonies, polyphony was unknown prior to contact with Europeans, as were stringed instruments. By the mid-sixteenth century there was a such an overabundance of native church musicians that officials were forced to limit their number.

The degree to which the Spanish absorbed Indian cultures must surely astound North Americans today. Where, in the English colonies, did the Indians ever play oboes, compose European-style music, make recorders and violins, guitars and harps? When did English missionaries ever compose music in native languages? Can we even imagine walking into a church in Massachusetts or Virginia and seeing the choir loft filled with Algonquins or Shawnees? Nevertheless, these were the ways in which the Spanish created a cultural synthesis in South and Central America, as well as in California, New Mexico, Texas and Florida.

In this recording, HESPERUS has provided a rough cross-section of music from the Spanish Old and New Worlds. The gentle Recercada of Diego Ortiz is an example of the Spanish improvisatory tradition. En un Portaleio is an excerpt of a romanza, a long strophic narrative. Vesame y abraçame, Gentil dama and Cucú are all villancicos, the most popular musical form of Renaissance Spain.

The villancico was enormously popular in the New World as well, where Spanish, French, Italian and Franco-Flemish music was heard in large cathedrals and remote village churches alike. Un ciego, Tararcá, Ay cómo flecha, and Turulu neglo were all written by Spaniards in Mexico and Peru. The New World villancicos betray the ethnic complexity and vitality of the population. Negrillos or negritos imitate the dialects, musical traditions, and rhythms of the large number of blacks in the Spanish Americas. Salazar, a Spanish composer residing in Mexico, in Tarará sets a text stating, “I am Anton, the little boy black from birth…” The rhythms of the blacks come to life in the negrito Turulu neglo.

A distant echo of the music that the Spanish heard upon first contact with the Indians exists in our Inca flute tune. The haunting melody was transcribed by the soloist from a twentieth-century field recording from the town of Apurimac, high in the Andes.

Hanacpachap cussicuinin was published by Juan Perez de Bocanegra in his Ritual Formulario e institucion de curas (Lima, 1631). It has the distinction of not only being written in Quechua, the language of the Incas, but also is the first piece of vocal polyphony known to be published in the New World. Another example of the encounter between Spanish and Indian cultures is the collection of simple songs by the Canichanas Indians of the San Pedro Pueblo in Bolivia. Written in 1790, these songs honor the Spanish monarchs Carlos IV and María Lusia de Borbón, and the newly-appointed Governor of the region, Lázaro de Ribera.

The eighteenth-century works from Guatemala and Mexico demonstrate the mastery with which European and New World musical influences have been integrated; a creative synthesis and a true result of the encounter between two worlds. (Scott Reiss, extraído do encarte)