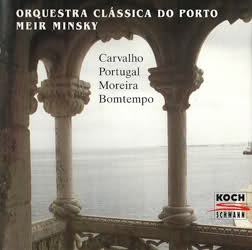 There is much more Portuguese music on discs than is dreamed of in the Schwann catalog’s philosophy. The Gulbenkian Foundation funded a generous survey under the direction of Michel Corboz and others. Most of it escaped me. I regret to say I do, however, have an Archiv Produktion LP in collaboration with the Gulbenkians of Portuguese music of the period represented by the present disc. It featured three of the four composers.

João de Sousa Carvalho (1745?ca. 1800) is considered the father and the greatest representative of this school. He was the teacher of all three of the other composers represented here. Of his two “Aberturas” (Overtures), the first to a comic opera called L’amore industrioso, was very familiar to me although I have no idea why. It is not among the handful of works in my collection by Carvalho (properly he should be referred to as Sousa Carvalho but I’ll follow the practice of this recording and of New Grove), yet I would have had to have heard it at least half a dozen times to have it so firmly embedded in my memory. Can it be an overture that he borrowed from Paisiello or vice versa? They were fellow students at the Naples Conservatory in the 1760s. Whoever the composer is, it’s a delectable three-movement sinfonia/overture. The other Carvalho overture programmed here belongs to the last of his three Te Deums. The entire work, minus this overture, was and may still be available on the difficult-to-find Cascavelle label (VEL 1016). The overture was probably omitted for reasons of timing since this is a very long (74:33) setting of the Te Deum. If you’re lucky enough to own this majestic work (it dates from 1792) you can now join its overture to the rest of it thanks to Koch-Schwann.

Marcos Portugal (1762?1830) had the somewhat awkward distinction of sharing his name with that of his country of origin, a not-so-rare phenomenon when you consider Benjamin Britten, Jean Françaix, John Ireland, Otto Erich Deutsch and some others. His opera La morte di Semiramide (1798 or 1801: both dates occur in the booklet) sounds like a tragedy but its overture sounds like a comedy, a paradox that Rossini has often been accused of. The use of a separate wind band, as if playing from the stage, is only one of the pleasures offered by this bracingly military overture. Perhaps not incidentally, Portugal ended up in Brazil exiled for supporting the Portuguese independence.

António Leal Moreira’s birthdate must have come to light since Archiv left it blank when they released one of his symphonies. It is given by Koch as 1758: he died in 1819. The Overture in D Major may have been intended for concert rather than theatrical use. It consists only of a Largo non molto followed by an Allegro brilliante. Written in 1805 the overture has a Napoleonic swagger employs obbligato winds in the manner of a sinfonia concertante and sounds rather like the orchestral music of Arriaga.

The final offering is a full-dress symphony, twenty-four minutes long by João Domingos Bomtempo (1775?1842). It is heavily indebted to Haydn but like other selections on this disc, has a raw noisy energy that appears to have been endemic in eighteenth-century Portuguese music. Part of the noise may be attributable to the conductor Meir Minsky who favors loud dynamics and fast tempos. The extremely resonant acoustic of the Oporto church, where the recording sessions took place, add to the clamor. But I must say that this disc got my adrenaline flowing. It contains no dull moments. This branch of the Iberian musical experience deserves more attention than it gets. (David Johnson) 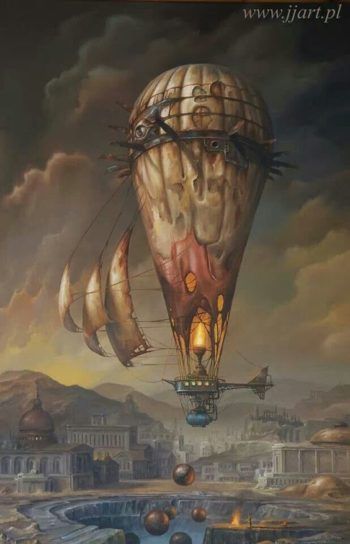