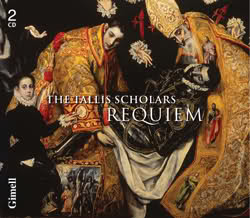 Having recorded the Victoria, it seemed logical for us to continue with the best of the Portuguese settings, which eventually led us to make discs of the Cardoso Requiem and the six-voice version by Duarte Lôbo.

Settings of the Requiem Mass are among the most frequent requests for concert music. This may seem unlikely, given the subject matter, but in fact it is just that subject matter which makes them so compelling. There is a drama inherent in the text which never fails to move audiences, having, in the first place, brought out the best in the composer. It is not a modern kind of drama such as we are used to seeing in the cinema or on television, but rather of the opposite: of the light which is shining on the deceased (whose body would have been present in the original performances), of the immediacy of heaven, of the peace which death will bring. Put in words this may sound a bit far-fetched, but from the split second that the opening ‘Requiem aeternam’ chant is heard, every listener is inevitably transported. It is a classic instance of the power of music over every other art-form to communicate without reserve.

This drama gradually moves through different stages as the music proceeds. The essential mood is the one of the opening – long-held chords inviting the contemplation of eternal rest. This is the Requiem’s alternative to the atmosphere of desperation, noise and betrayal which underpins so many television thrillers. It returns at regular intervals – in the Gradual, the Sanctus and Agnus Dei, through the promise of perpetual light in the Communion – but is interrupted in the Offertory and the Responsory by the thought of what will happen if Christ does not deliver the departed soul from the pains of hell. In every setting the ‘essential mood’ becomes unbearably intensified in these passages, though the musical style may not change very much. One recoils from the ‘poenis inferni’ (the ‘pains of hell’), the ‘ore leonis’ (the ‘lion’s mouth’), the ‘dies irae, calamitatis et miseriae’ (the ‘day of wrath, calamity and woe’). Indeed the Responsory represents a mini-drama within the whole, piling agony on agony as the pace of the music quickens by alternating brief chant passages with abbreviated polyphony. But in both the Offertory and the Responsory calm is restored by the idea of light: ‘let Saint Michael bring them forth into Thy holy light’ in the Offertory, and ‘lux perpetua’ (‘light perpetual’) in the Responsory.

The main reason why Victoria’s six-voice Requiem is one of the greatest masterpieces of the entire renaissance period is that this mood perfectly summed up the composer’s view of life and death. There was no better text for a committed Catholic priest to set. In doing so Victoria created a sound-world which, although it was not original, gained a dimension not imagined before. In fact the Requiem (or Missa pro defunctis) had long been a favourite text of Iberian composers, from the late fifteenth-century setting of Pedro de Escobar onwards. This continued through the sixteenth century with, in particular, two versions by Morales, through to the High Renaissance and the setting by Guerrero amongst others. By the early years of the various ways to take up the possibilities inherent in the Victoria. There remain quite a few more, in particular the six-voice setting by Felipe de Magalhães and the eight-voice of Lôbo. This set represents the first time the fruits of this mini-project have been made available together. 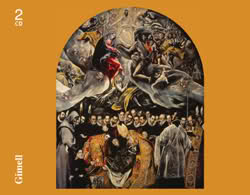 Victoria wrote his Requiem for the funeral in 1603 of the Dowager Empress Maria, daughter of Charles V, wife of Maximilian II, mother of two emperors and sister of Philip II of Spain. For some years Victoria had been her chaplain. The music was published in 1605 in a print which contained nothing other than the movements associated with the funeral service, though some of these were extra to the normal sequence. In particular Victoria included the four-voice Taedet animam meam and the six-voice Versa est in luctum, though no one is entirely sure when these would have been sung. We omit the Taedet here not least because its style is very different from that of the Requiem proper, but include the Versa est in luctum as a postlude.

It is the six-voice texture (SSATTB) of the Victoria, used in long sustained chords which hide a plainchant melody in one of the soprano parts, that sets the scene for the Evora compositions. Both the Cardoso and the Lôbo apparently begin as carbon copies of the Victoria, the music expanding from the plainchant ‘requiem aeternam’ as it were from a single point with infinite spaciousness. In fact the musical language of these Portuguese writers is not entirely derivative. The Cardoso in particular stakes out its own harmonic territory in that first phrase, making towards an augmented chord which suggests a date of composition well after Victoria’s time. It was this chord which so struck listeners when the original disc of this music was released by Gimell in 1990, establishing Cardoso (c.1566–1650) for the first time as a major figure of the period. This Requiem was published in 1625, but it is not known for whose obsequies it was written. The Requiem proper follows Victoria in being scored for six voices (SSAATB in this case); the concluding Responsory Libera me however reduces to four (SATB). 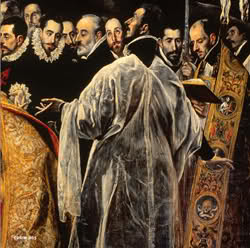 Duarte Lôbo (c.1565–1646) was an exact contemporary of Cardoso, who must therefore have been a close colleague in both Evora and Lisbon. His penchant was for full sonority, as shown in both of his Requiem settings: the eight-voice (not recorded here) technically follows the trendy double choir baroque format of the time, but in fact proceeds for much of its length in eight-part counterpoint. His six-voice Requiem is apparently a later work – published in 1639 as opposed to the 1621 of the eight-voice – but simply continues the dense and sonorous idiom of his earlier years. His six-voice choir is SAATTB, which emphasizes the denseness, though he continued to put the chant in the single soprano part, instead of the more usual tenor, as both Victoria and Cardoso had done before him. The final Responsory, to different words, again sees a reduction to four voices.

To fill out the Iberian picture of these two discs, we have included four motets each by Cardoso and the Spanish composer Alonso Lobo (1555–1617, not related to Duarte). Two of the Cardoso motets, Non mortui and Sitivit anima mea, originally appeared in the same publication as his Requiem (1625) and therefore, since that book only contained Mass-settings, were obviously viewed as an integral part of the funeral rite. The other two Cardoso motets have more general texts, though Nos autem gloriari would not be out of place at the conclusion of a funeral or memorial service. Similarly two of the Alonso Lobo items are associated with the Requiem, most obviously his magnificent Versa est in luctum which may be compared with that of Victoria (Disc One, Track 9). Lobo’s setting does not appear to have belonged to a Missa pro defunctis proper, though his Credo quod redemptor (Track 14) is also associated with the service of Matins for the Dead. Vivo ego is a more general text within the period of Lent. Lobo’s Ave Maria is a masterpiece of a rather different kind, being based on a complex canon 8 in 4 at the upper fifth. Although the eight voices are divided into two choirs and the bottom part of each choir sings the same music, the other three voices are rearranged: the top part of the choir which begins becomes the third part in the choir which responds, the second part of choir I becomes the top part of choir II and the third part of choir I becomes the second part of choir II. Yet despite the mathematical intricacies the resulting music seems artlessly serene, as befits the text. It culminates in the most perfect ‘Amen’, where the beauty inherent in these canons is particularly telling.
(Peter Phillips, extraído do encarte) 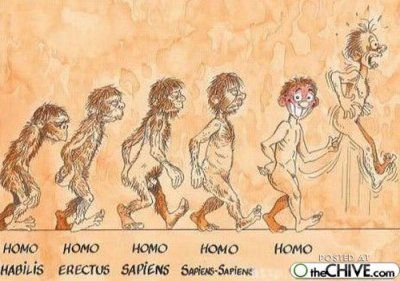