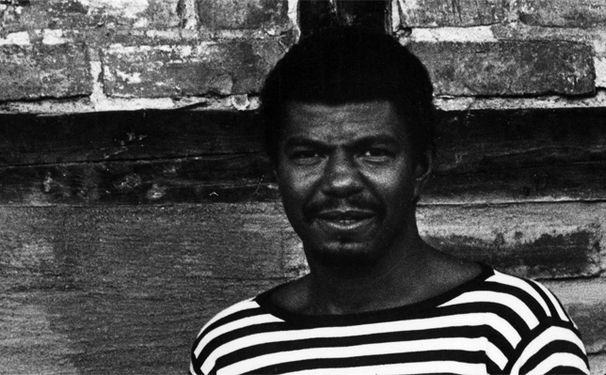 This is a very cool album from drummer DeJohnette. His sidemen, Arthur Blythe and David Murray are both superb soloists, and each of them get some room to show their talents. Three of the five tunes are DeJohnette’s originals, my favorite of which is the rather catchy “Zoot Suite”. Filling out the album are two Coltrane tunes. For the most part, this has none of the atmospheric and cool aesthetic that most ECM albums have. It is quite lively and at times ferocious. Definitely worth checking out.

This Jack DeJohnette date is a studio recording from 1980 that features a quartet with David Murray on tenor sax and bass clarinet, Arthur Blythe on alto, and Peter Warren on bass and cello. It’s true that Jack DeJohnette is something of an impressionist drummer and, as such, he helped define the sound of the ECM label, home of Pat Metheny, Keith Jarrett, and Jan Garbarek. He was also known for the occasional piano excursion and on this album plays both piano and melodica when he’s not on the skins, while showcasing his compositional talents with 3 originals and 2 Coltrane tunes.

In addition to DeJohnette’s adventurous writing, this recording is really defined by the presence of World Saxophone Quartet players David Murray and Arthur Blythe. David Murray is the heir apparent to Eric Dolphy, and here he pays tribute to the bearded one with bass clarinet excursions on the DeJohnette penned “One for Eric” and the Coltrane/Dolphy standard “India.” Murray has really mastered this instrument (though he typically favors tenor sax) and I’m always searching for albums where he gets it out. Like Murray, Blythe is also comfortable stretching things out in the upper register with wails and squawks when the moment calls for it.

On “One for Eric,” after the players state the theme, Murray gets into a sauntering bass clarinet exploration before Blythe picks up the pace in the second half with a wailing alto sax solo, then bass and drum solos before the group returns to repeat the theme in unison to conclude. Fairly straight ahead structure here with fiery solos. “Zoot Suite” on the other hand, alternates between a repeated six-note stanza, with the players dancing around it very much in the spirit of the WSQ, and sections of third-stream cello-infused textures. Murray and Blythe get into a duel at the 2/3rds mark, before a return to third-stream impressionistics to round out the piece. Coltrane’s “Central Park West” is a brief, languid ballad with the horns and cello playing an almost dirge without time for any soloing. “India” has DeJohnette starting things off on piano, with Murray on bass clari and Blythe on alto coming in like Coltrane and Dolphy before Murray goes into his solo and then Blythe following — this tune is similar in form to the first track, with great horn soloing on top of a fairly standard arrangement.

It’s “Journey to the Twin Planet” that is the standout here, and apparently an acquired taste, though I acquired this album because of this particular track. It’s a bit avante garde and starts deceptively slow and exploratively with melodica, tenor, and alto sputtering, squawking, and blowing airily before things gradually build to a spastic, orgiastic release at 2:22 with all four players going at it — DeJohnette crashing the cymbals, Murray blustering away, Blythe caterwalling, and Warren plucking furiously. Then they’re back to the careful explorations that they started with, continuing at a snails pace with melodica, cello, and horns, before segueing into a melodica-led rhythm that sounds like something Steve Reich would have written. It’s adventurous, other-worldly, and out-there — honestly, I wish the whole album was like this, though obviously some will feel the opposite.

At 38 minutes, this is an all-too-short album, but the DeJohnette arrangements, fierce blowing by Murray and Blythe, and curious instrumentation make this an fascinating and enjoyable album.