Manoel Dias de Oliveira was born in São João del Rey (today Tiradentes) in 1738. There is nothing to indicate that he made any trips or had any contact with other composers in the territory of Minas Gerais throughout his long life. He reached the peak of his music career (he was also an excellent copyist) in the last quarter of the 18th century. His compositions were very popular both within and beyond the so-called Campo das Vertentes and Vale do Rio das Mortes. Manoel Dias de Oliveira, together with José Joaquim Emerico Lobo de Mesquita and João de Deus de Castro Lobo, is one of the composers most frequently found in the Brazilian archives (even if many of the manuscripts attributed to him are of doubtful authenticity).

Already as a young boy he was very attracted to the music performed in the cathedral of Santo Antonio. He had memorized the different voices of the traditional repertoire, and he learned new works very quickly. He hid himself in the church in order to secretly listen to the music rehearsals. The story is told that Pater Francisco da Piedade, as he was crossing the courtyard, was amazed to hear the young mulatto singing parts of a composition by Josquin while playing with the ants. The priest immediately invited the boy to join the choir and gave him the opportunity to study theory, counterpoint and organ. ln order to earn a little money, Oliveira began to work as a music copyist, quickly earning a reputation in this field. Details about his life are very scant. He was a member of the Ordem Terceira de São Francisco fraternity, and he received the title of Capitão da Cavalaria a pé [captain of the foot cavalry] from Portugal’s Queen Maria l (this was the highest title that someone with his skin color could receive). The corresponding document can be found in the Torre do Tombo archives in Portugal.

The following death certificate is in the archives of the cathedral in Tiradentes: Capitão Manoel Dias de Oliveira died, after having received all the sacraments, of a chest affliction on the twelfth day of the month of August in the year 1873. [He was] dark-skinned, married to Anna Hilairia, a master of music composition, a member of the order of the Holy Franciscans. The funeral service with the last sacraments was celebrated by priests with two music choirs on the 21st of the same month, under the patronage of his eminence the Coadjutor Bonifacio Barbosa Martins. Oliveira was buried in grave number two in the São João Evangelista Chapel. I have written and signed this document as testimony to these facts. Coadjutor Joao Miz. Lopes. 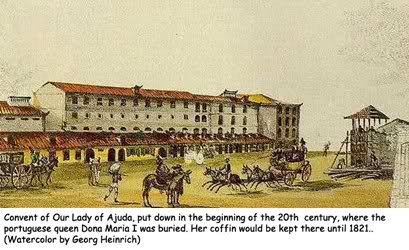 The works of Manoel Dias de Oliveira are still performed in an unbroken tradition in the cities of Tiradentes, Prados and São João del Rey. Many of the compositions attributed to him are to be heard especially during the Holy Week. As was typical of the Portuguese-Neapolitan tradition, Brazilian liturgical music from the colonial times was frequently written for a trio antique ensemble (2 violins and basso continue). The majority of the works recorded here can definitely be ascribed to Oliveira, since the name of the Captain is noted on the title pages. The Te Deum with gregorian chant insertions, in fact, exists in two complete manuscript copies, one in the archives of the Associação de Canto Coral, and other in the Museu da Música da Curia Metropolitana de Mariana.

The Te Deum Laudamus that concludes this recording has been attributed to Oliveira on the basis of stylistic similarities, e.g., in comparison with his Magnificat (which is also on this recording). Regardless of the discussion surrounding the authorship of this work, it is without doubt a pleasure to listen to one of the finest compositions from Minas Gerais.
(Sérgio Dias – Sociedade Brasileira de Musicologia) 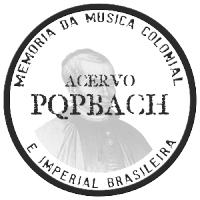