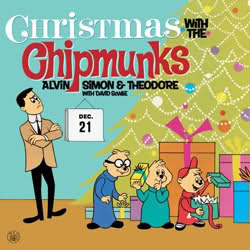 Alvin and the Chipmunks

Alvin and the Chipmunks is an American animated music group created by Ross Bagdasarian, Sr. for a novelty record in 1958. The group consists of three singing animated anthropomorphic chipmunks: Alvin, the mischievous troublemaker, who quickly became the star of the group; Simon, the tall, bespectacled intellectual; and Theodore, the chubby, impressionable one. The trio is managed by their human adoptive father, David Seville. In reality, “David Seville” was Bagdasarian’s stage name, and the Chipmunks themselves are named after the executives of their original record label. The characters became a success, and the singing Chipmunks and their manager were given life in several animated cartoon productions, using redrawn, anthropomorphic chipmunks, and eventually films.

The voices of the group were all performed by Bagdasarian, who sped up the playback to create high-pitched voices. This oft-used process was not entirely new to Bagdasarian, who had also used it for two previous novelty songs, including “Witch Doctor”, but it was so unusual and well-executed it earned the record two Grammy Awards for engineering. Bagdasarian, performing as the Chipmunks, released a long line of albums and singles, with “The Chipmunk Song” becoming a number-one single in the United States. After Bagdasarian’s death in 1972, the characters’ voices were performed by Ross Bagdasarian, Jr. and Janice Karman in the subsequent incarnations of the 1980s and 1990s. (Wikipedia)

Alvin and the Chipmunks
01. Here Comes Santa Claus (Right Down Santa Claus Lane)
02. Jingle Bells
03. It’s Beginning To Look A Lot Like Christmas
04. Rudolph, The Red-Nosed Reindeer
05. Up On The House-Top
06. We Wish You A Merry Christmas
07. Silver Bells
08. Over The River And Through The Woods
09. All I Want For Christmas (Is My Two Front Teeth)
10. Frosty The Snowman
11. The Twelve Days Of Christmas
12. Santa Claus Is Comin’ To Town
13. Christmas Time (Greensleeves)
14. Here We Come A-Caroling
15. Deck The Halls
16. The Night Before Christmas
17. Jolly Old Saint Nicholas
18. Wonderful Day
19. Have Yourself A Merry Little Christmas
20. Jingle Bell Rock
21. O Christmas Tree (O Tannenbaum)
22. Hang Up Your Stockin’
23. White Christmas

Christmas with the Chipmunks – 1958 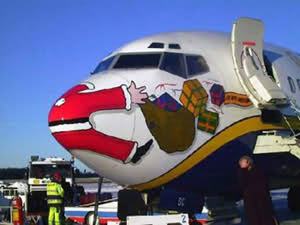