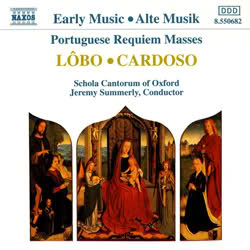 The flowering of Portuguese polyphony came in the first half of the seventeenth century with composers such as Estêvão de Brito, Filipe de Magalhães, Duarte Lôbo, and Manuel Cardoso. The early years of the century had witnessed many musical innovations (for example the Baroque genre of opera and the experiments of Monteverdi) and the Portuguese composers worked these developments into the polyphonic traditions of the so-called stile antico to produce particularly expressive interpretations of the texts through freer use of dissonance.

Duarte Lôbo began studying music at Évora with Manuel Mendes. He was appointed mestre da capela at Lisbon Cathedral in 1594 and remained there until his death in 1646. His six volumes of liturgical music prove him to be one of the leading Portuguese exponents of the polyphonic style. The Missa pro defunctis of 1621 skilfully retains the polyphonic style of Palestrina alongside the more modern dissonances, setting the sombre text almost in the style of his Spanish counterpart Victoria. Seven voices weave a contrapuntal web around the plainchant — itself often a paraphrase of the original chant — and the resulting eight parts sing variously all together, as two choirs, and in reduced combinations, thereby creating a unique style out of seemingly anachronistic components.

Manuel Cardoso was trained as a chair boy, also in Évora. After taking his vows in 1589 he became a member of a Carmelite order in Lisbon and was employed by the future King John IV, the Duke of Barcelos, from 1618 until 1625. His Missa pro defunctis was written in the last year of this period and is perhaps even more explicit in its evocation of Victoria’s own six-part setting of the same text. The chant in both is placed in one of the soprano parts rather than the more usual tenor, and a slow harmonic pace is created by using the chant in semibreves and the counterpoint in minims. Only occasionally are these note lengths halved — as at the words Libera eas de are leonis (‘Release them from the lion’s mouth’) in the Offertorium — to bring an increase of momentum.

Jeremy Summerly was a choral scholar at New College, Oxford from where he graduated in 1982. For the next seven years he worked as a Studio Manager with BBC Radio. It was during this time that he became Director of the Edington Festival Consort and founded the Oxford Camerata. In 1989 he left the BBC in order to join the Royal Academy of Music as a lecturer in the department of Academic Studies and in 1990 he was appointed conductor of Schola Cantorum of Oxford. He is now in considerable demand as a conductor and recently signed a long-term contract with Naxos to record 16th- and 17th-century music with the Oxford Camerata and Schola Cantorum of Oxford.

Schola Cantorum of Oxford is Oxford University’s longest-running and most celebrated chamber choir. Much in demand for appearances at major music festivals in Britain and abroad Schola Cantorum has been conducted by Leonard Bernstein, Gustav Leonhardt, Sir Colin Davis, and Sir Neville Marriner as well as by Britten, Tippett, and Stravinsky in performances of their own music. 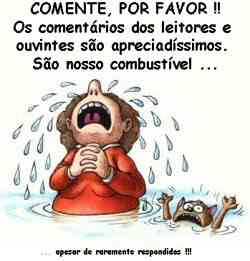